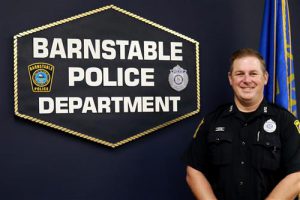 Officer Myrbeck lives in the town of Barnstable and is married to Trish.  He is the proud father of two girls that graduated from Barnstable High School and a son that is a student in the Barnstable Public Schools.