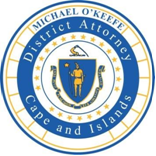 Cape & Islands District Attorney Michael O’Keefe announced today that on July 25, 2019 a Barnstable County grand jury returned indictments against Nicholas Galanto (DOB 4/24/1987) for first degree murder, assault and battery by means of a dangerous weapon, assault with a dangerous weapon and two counts of shoplifting, in connection with the stabbing death of Brenden Flynn, (DOB 5/30/1995).

The Barnstable Police were called to the Hyannis Village Green on May 19, 2019 after a 911 call requested an ambulance for Brenden Flynn (23), recently living in Hyannis, who had been stabbed. Mr. Flynn was pronounced dead shortly thereafter at the Cape Cod Hospital.   The investigation led to the arrest of Nicholas Galanto (32), also recently living in Hyannis.  The cause of death has been determined by the Chief Medical Examiner’s Office to be a stab wound to the chest. This was a joint investigation with the Barnstable Police and Massachusetts State Police Detectives assigned to the Cape & Islands District Attorney’s Office.

Nicholas Galanto will be arraigned in the Barnstable Superior Court in the ordinary course of business.  He remains held without bail. The case is being prosecuted by Assistant District Attorney Jennifer Bright.